I meant to post this before now … but you know how life is… ‘way leads on to way’ and one does not come back to this place, as one had  intended…Another poem you ask? Yes – it just came to me – ‘The Road Less Travelled’  by Robert Frost.  I shall add it to the end of this post so it is less of an intrusion into what I intended to write!

I do like Twitter – I have met some really interesting people there – I think the internetis a tremendous source of fascinating and unexpected creativity   (I dont ignore the bad side, I just think we hear such a lot about that!)   Just look at this-

Ros Barber who describes herself on twitter thus: I write things, I read things, I research things, and I teach things, Ros Barber actually MADE THIS TARDIS over a doorway in her house……  crazy ? 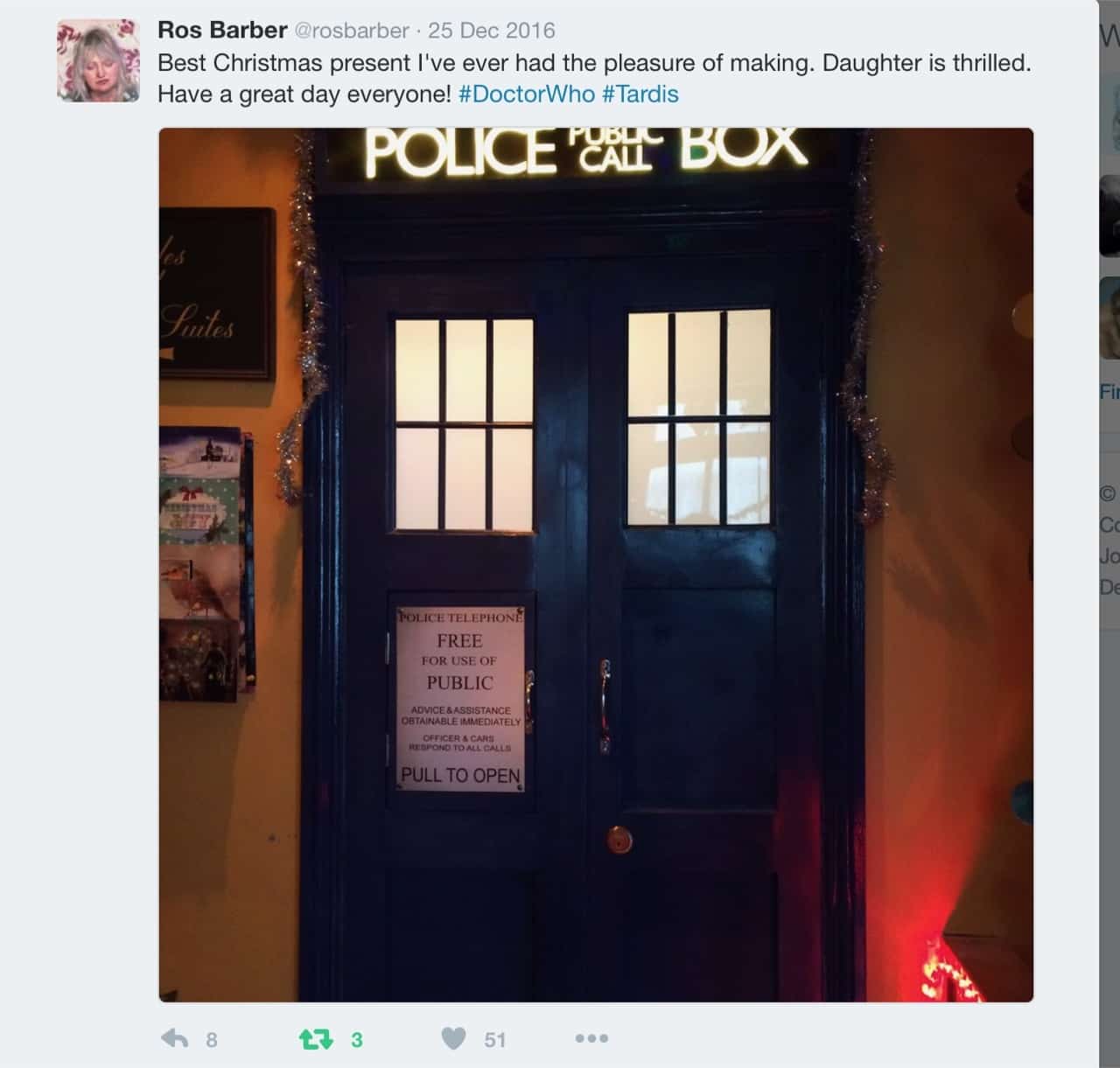 JANUARY and the New Year….. you may remember I have taken up the challenge and and half way through ‘Dry January’ – raising money for Cancer Research – please sponsor me if you possibly can….

What I wanted to say was about creativity and just going ahead and doing it….. I would challenge everyone who has a secret or half hidden thought

to JUST GO FOR IT!! – like Ros has here – like everyone who ever made anything, this is what we have to do…..

Say a few of your favourite swear words and leap in …. make a cake, write something, knit something,  dance – sing a song…. make the world a better place, a happier place…. 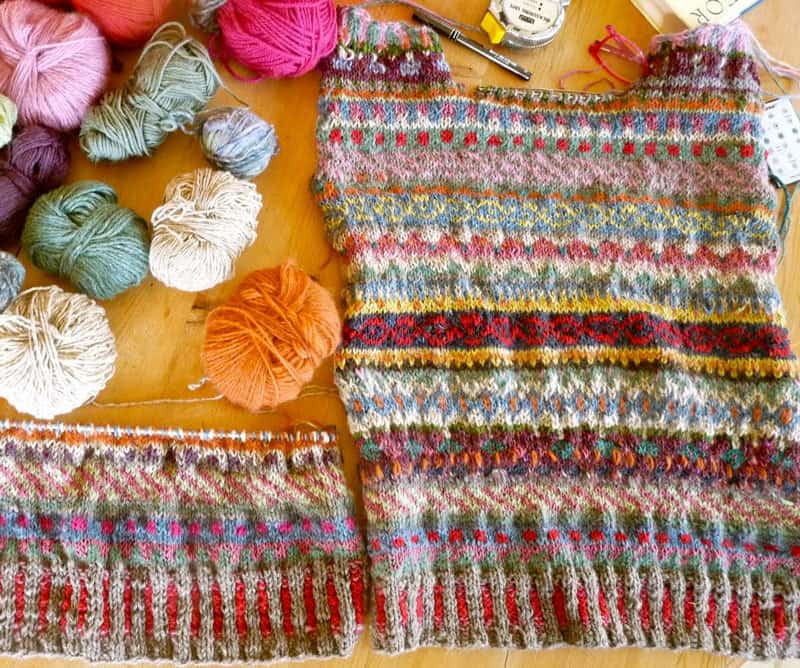 “Whatever you think you can do or believe you can do , begin it.  Action has magic , grace, and power in it.”  Goethe

Yesterday I spoke with a friend of mine who has a piano which she has never touched….  she was wondering if there was any point in keeping it?  I encouraged her to get the piano tuned and get lessons from the wonderful Sadie Harrisson!    Neither she nor I  will ever be concert pianists but we will get an enormous amount of pleasure from learning ….. and its true, the more you practise the better you get….    I myself can play 36 different scales – my dear little brain has learnt the different notes and fingering for each hand ….. and I have also memorised a few favourite pieces … which is extraordinary to me …. 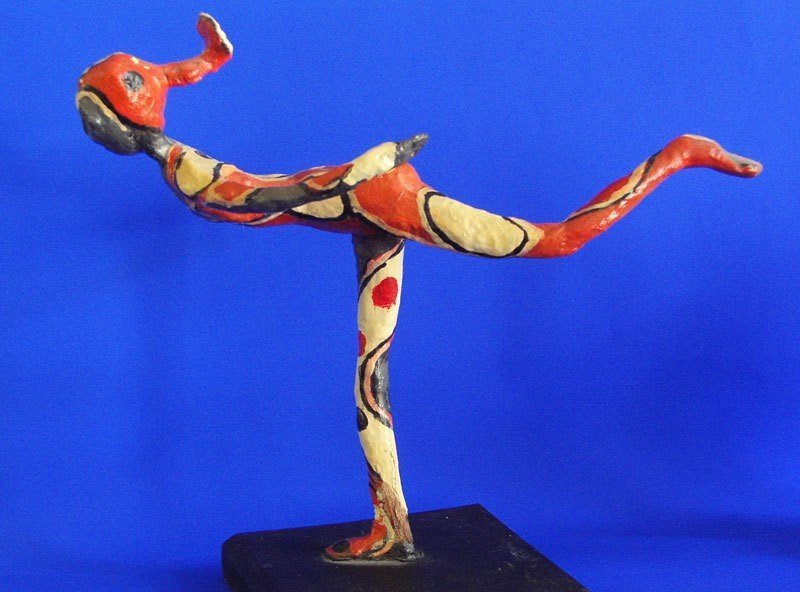 SO JUST GO FOR IT! is my advice to you – WHAT HAVE YOU GOT TO LOSE?

The Road Less Travelled  Robert Frost
TWO roads diverged in a yellow wood,
And sorry I could not travel both
And be one traveler, long I stood
And looked down one as far as I could
To where it bent in the undergrowth;

Then took the other, as just as fair,
And having perhaps the better claim,
Because it was grassy and wanted wear;
Though as for that the passing there
Had worn them really about the same,

And both that morning equally lay
In leaves no step had trodden black.
Oh, I kept the first for another day!
Yet knowing how way leads on to way,
I doubted if I should ever come back.

I shall be telling this with a sigh
Somewhere ages and ages hence:
Two roads diverged in a wood, and I—
I took the one less traveled by,
And that has made all the difference. 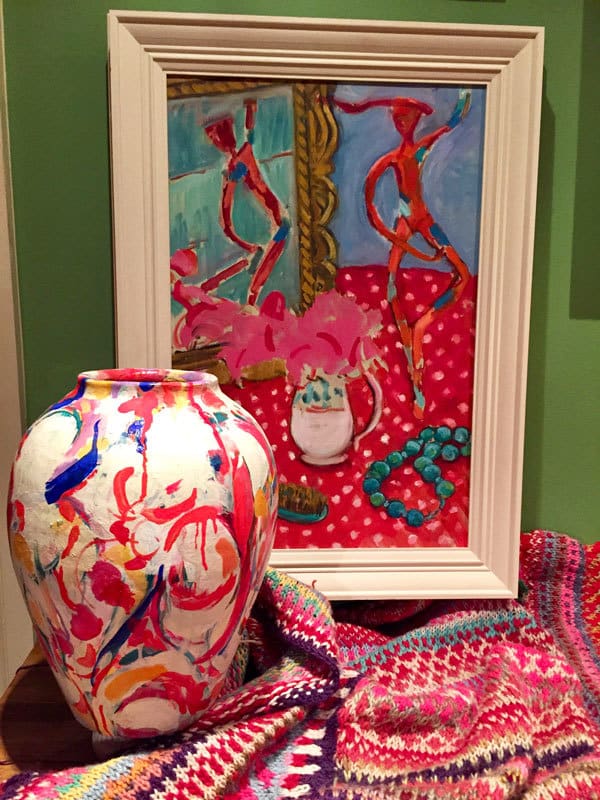