PREPARATION FOR MY SHOW IN BELGRAVIA – OCTOBER 2017…

there will be portraits as well as landscapes etc….. I am still searching for a suitable title…. as catchy and apt as Difficult Women is …. reluctantly I think it will have to go! Currently wondering about

WOMEN IN OUR PRIME

– the portraits will all be women and, like me…. ‘In their Prime’ !!!
there will be landscapes too…

“it is a serious thing
just to be alive
on this fresh morning
in this broken world.”

Meet Bonnie Jamieson! I first met Bonnie in 1977/8 …. at pre or post natal classes…. apparently I thought I would get on with her because she was wearing yellow socks!

Well life has moved on and we met up again thanks to a mutual friend … who brought Bonnie to sit for us both… this was yesterday. I usually start with a drawing but seeing Bonnie’s colour scheme I thought – lets go straight into paint. I have to admit that the last couple of portraits ( which you haven’t seen!) seem to underline the feeling that I just cant do this….

And after a good start – about 20 minutes in – I felt utterly hopeless. In my head I felt like a child that was sitting looking at an exam paper (maths probably, long division in £.s.d.!!) and so wanting to do it but having no idea… not understanding the code….!) I wished my art school training had included some actual instruction – which it didn’t (maybe more anon) … I thought ‘This is really hopeless, I will have to cancel this exhibition …. and just carry on knitting…. gardening grandmothering…… have YOU ever felt like this?
It helped enormously that I was with two women who I could tell how I felt…. ( I realise more and more that the energy of the sitter really enters the painting – and the best portraits I have done are partly down to the generosity of the sitter..) They encouraged me to say “XXXX it! just slap the paint on and xxxx it ….. which I did – like I say so often – I just somehow got out of my own way….

Painting is probably like sex ( can I say this here? ) in this respect anyway – if you have expectations it probably wont work…. you just have to let go and … ‘Let God’ ? allow something else that isn’t you, your fragile ego, your expectations your anxieties …. and just leap …. and it is true isn’t it???? – there is an exhilaration in that….

I remember seeing a hole in the chain link fence around Greenham Common airbase … and just popping through it! I ended up in a children’s playground and asking the policeman to give me a push – before I was arrested…. ! 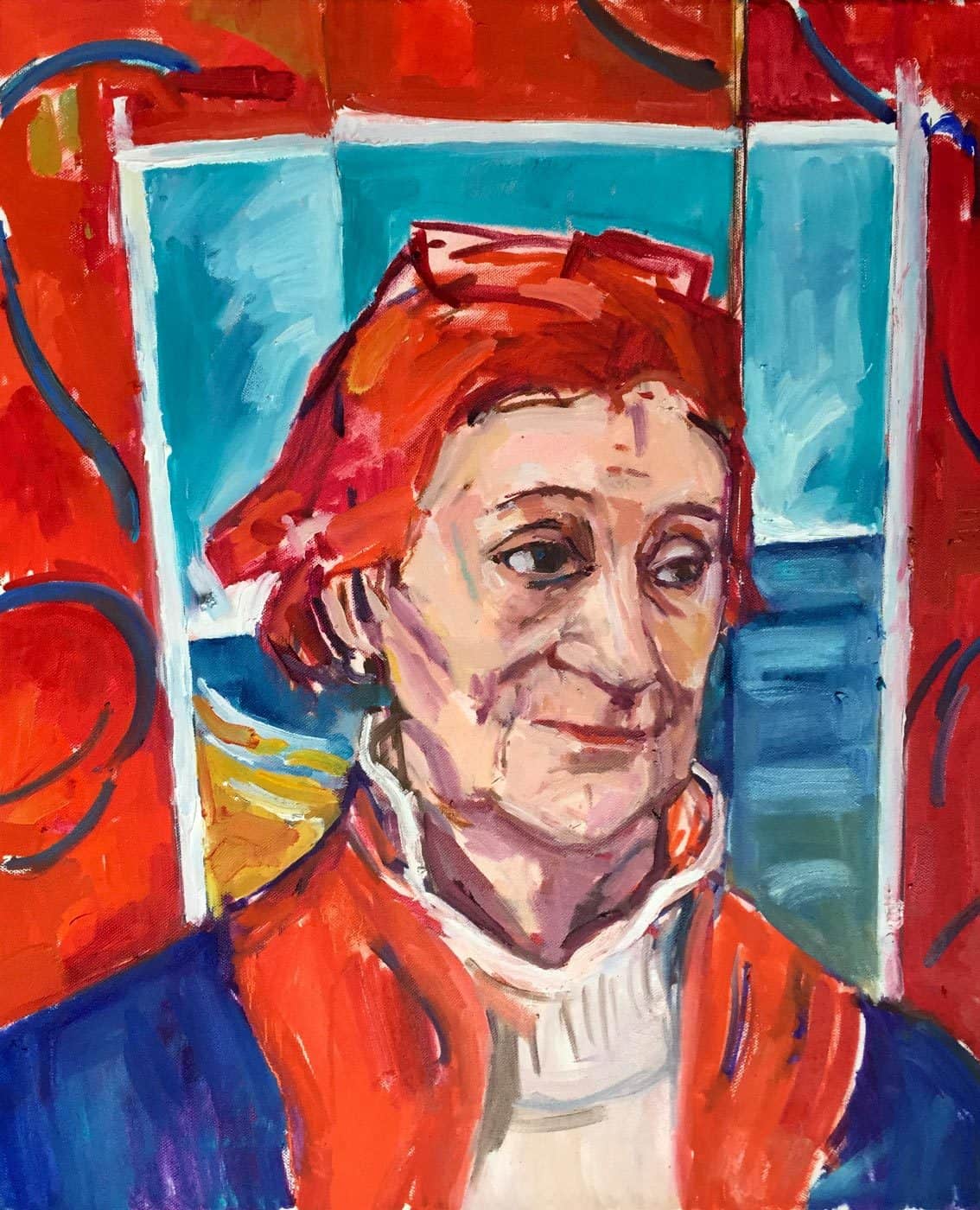 I worked on the background when the girls had gone, and Bronwyn is coming again for an hour… so another photo after that, in the next mailing …..

Meanwhile, I often find that poetry can express things I think and feel, and here is a wonderful event for next weekend which is organised by another of the wonderful women who I am going to paint, the actor Pippa Heywood!

HUMAN SONG I BIRD SONG –
AN EVENING OF POETRY & MUSIC

An evening of poetry, birdsong and music
arranged by Pippa Haywood
with Mark Meadows and violinist Theo May.

“I am the song that sings the bird.
.. I am the word that speaks the man.”
Charles Causley

Below are some paintings about Spring …..  because that is what today has felt like. 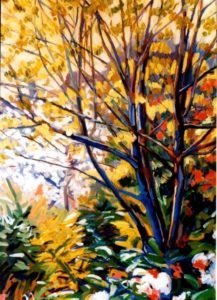 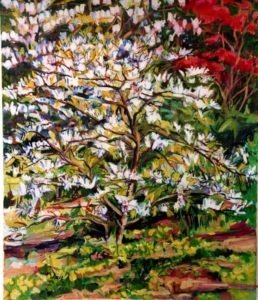 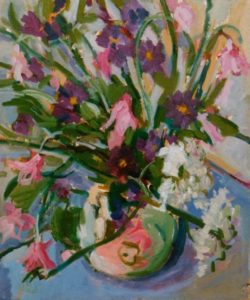 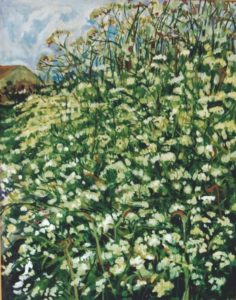 The time will come
when, with elation
you will greet yourself arriving
at your own door, in your own mirror
and each will smile at the other’s welcome,

all your life, whom you ignored
for another, who knows you by heart.
Take down the love letters from the bookshelf,

the photographs, the desperate notes,
peel your own image from the mirror.
Sit. Feast on your life.